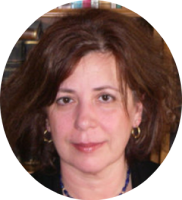 The pandemic has prevented us from meeting, getting to know each other and possibly arguing strongly, trying to give meaning to words whose multiple use risks diminishing their scientific value. Populism and populist constitutionalism are terms that attempt to describe the causes or aspects of the crisis endemic to modern institutions in recent decades and which tends to make representative democracy fictitious.

I would therefore like to thank you very much for your participation and welcome you to the Department of Public Law and Political Science, which has been one of the nest of populist constitutionalism since the Second World War,  as in Greece the problem of populism has a long history and clear institutional dimensions.

In a completely schematic and simplified way: the Greek state is the child of a revolution, the democratic and liberal character of which is now indisputable. If the dictatorships and the abnormal functioning of the institutions until 1975 had shaded the above characteristics, the scientific and political debate after the political changeover, known as “Metapolitefsi” showed that the revolted Greeks sought to overthrow the theocratic political order of the Ottoman Empire and linked their freedom to the establishment of a state, the organization of which would ensure the self-government of the people. This explains the intensity and extent of constitutional discourse so much before as well as throughout the Revolution: not only during 1821-1830 were 3 Constitutions adopted-the most democratic in Europe at that time, but also the preparation of the Revolution was largely based on the propagation of constitutional plans, which recognized popular sovereignty as the foundation of the state under establishment: in the “New Political Administration” by Rigas Feraios [2], the people is declared emperor and source of all powers, while  “The rule of law” by Anonymous  the Greek (1804) is an “evangel” of equality and equity of all members of society.

One of the questions raised on the occasion of all 200 years since the revolution concerns the impact of constitutionalism on the strata that inhabited the later Greek territory and carried out the armed struggle: If the bourgeoisie, most of which was established in Western and Central Europe and its colonies around the Mediterranean, had the opportunity to familiarize itself with the ideas of the Enlightenment and to understand the importance of modern institutions for the development of its interests, if some Fanariotes (Greek-speaking officials of the Ottoman Empire) had been fascinated by the idea of enlightened Despotia, if the young students in Paris were inspired by the French revolution, why were the largely illiterate farmers, craftsmen and small traders of the southern tip of the Balkan peninsula closely associated with the Constitution and gave their lives for it? How did the Cojabasis who benefited from the power structures of the Ottomans draw up the revolutionary project and participate actively in the constituent processes?

The answer, holding all the advantages and disadvantages of the obvious, is that the Constitution was recognized as the most effective guarantee of political autonomy, the mechanism that safeguarded for Greeks the possibility to participate and influence public affairs in equality, which ensured their social dignity. In Greece, therefore, the Constitution and its interpretation have been a popular affair and in this sense, the most important representatives of constitutional science, which we usually include in the currents of democratic or social constitutionalism, could be described as populists: as early as the inter-war period, Al. Svolos, after the Second World War, A. Manesis and D. Tsatsos after “Metapolitefsi”, devoted the most important part of their work to first restoring the content of the democratic principle and then frame its implementation in practice.

Indeed, the institutionalized presence of the people in political life since 1844 has not been treated similarly. The main representatives of the liberal bourgeois intellect, but also most political parties were sceptical, if not critical about universal suffrage. The participation of every citizen in the elections has been shown to be a vehicle for dealing with the rulers and as a factor in the corruption of political life, even of the parliamentary institutions themselves. The suffering of a country over-indebted since the founding of the state, suffocated by heavy international dependence, was attributed to the cultural characteristics of its people, which the Constitution nominated as the ruler of its fate.

Thus, throughout the 19th century proposals were made to restrict the right to vote, while a subject constructed by the dominant groups, the nation, claimed and eventually seized sovereignty. It is impossible in this brief greeting to make even a limited reference to the concept of the nation and its political functioning over the last 200 years. I would like to remind to you that for almost half a century, from the 1930s until the fall of the dictatorship, the reference of the nation and the introduction of its concept into the democratic principle allowed the rulers and their political friends to exclude their political opponents from the field of the rule of law, to deprive them of their social status and even their natural freedom, demonize diversity and generally manage power without democratic control.

In this context and at a particular personal cost (Al. Svoros was ceased 3 times from the Athens Law School, A. Manesis was ceased and deported by the colonels) the Greek democratic constitutionalism developed. The main concern of its representatives was the attribution of sovereignty to its body according to the Constitution, to the people who “is not an abstract entity, but consists of the citizens of the State”  to whose will “the state power, through its entire legal organization, must refer”[3]. Respect for the Constitution has been linked to the uninhibited popular participation in the functioning of the institutions, a participation that must be continuous and substantial.

The importance attached to popular participation in the functioning of the constitutional state is confirmed by the themes developed after the restoration of democracy: the anti-authoritarian orientation of A. Manesis supported the criticism of the enhanced position of the President of the Republic in the 1975 Constitution and the strong criticism of the 1985 revision, which gave an institutional platform to the “dominant role of the prime minister” and helped the head of government to become an autonomous centre of political power. At the same time, D. Tsatsos’ interest in the role and the future of political parties[4] testifies to his firm aim to strengthen popular influence over governance mechanisms, thereby ensuring substantial content in the democratic principle.

Anti-nationalist and fiercely critical of the concentration and personification of political power, this current of post-war Greek constitutionalism recognizes popular intervention as the driving force of the state, manifested both by the institutionalized forms of political activity and through institutions of social control, as well as by the “anti-authoritarian struggle of autonomous social movements”[5]. It can therefore be described as populist without much difficulty. However, what would such a definition offer? How would it affect the constitutional interpretation and practice and how could it be of any use to the theory of Constitutional Law?

The contribution of the above current to the development of legal science and the political life of the country is undeniable. Less obvious is its contribution to shaping a concept of populism, which it recognizes only where democratic, hence constitutional rationality prevails: social demands, the creation of new forms of political action, the questioning of everything can only be aimed at broadening constitutional democracy, at the establishment of a ‘basis democracy’, framed by fundamental rules, which will continuously be renewed and will tend to become social.

With these brief thoughts I welcome you to our conference, which like most of the actions of our programme is supported by H.F.R.I[6], I wish success in the works and shortly, a return to constitutional normality.

[2] New Political Constitution of the Inhabitants of Roumeli, Asia Minor, the Islands of the Aegean and the Principalities of Moldavia and Wallachia, Vienna, 1797 (in Greek)

[6] Hellenic Foundation for Research and Innovation